Tracking disease-carrying mosquitoes, helping to conserve mountain pygmy possums, stopping the spread of dengue fever, studying how insects develop resistance to pesticides—solving such disparate biological problems nowadays depends on being able to handle enormous quantities of genomic data. And that’s why they land on the desk of Jessica Chung. 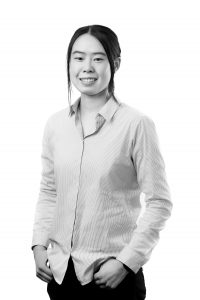 As a bioinformatician her task revolves around using the University’s computer resources to clean up, sort through and make sense of reams of genetic sequencing data, so that she and other researchers can use it to answer such questions meaningfully.

A staff member of Melbourne Bioinformatics, Jessica works with the Pest and Environmental Adaptation Group (PEARG) led by Laureate Professor Ary Hoffmann in the Molecular Science and Biotechnology Institute, Bio21.

“I enjoy the wide range of projects and the different types of data, and it is so satisfying when it all comes together and I can see the real impact that research is having.”

The ability to routinely sequence DNA—genomics—has revolutionised environmental biology. The variation in living things, their capacity to adapt to changing conditions, is written in their DNA. And the letters of which that DNA is composed are the same for bacteria, plants, mosquitoes, mountain pygmy possums and any other organism.

Acquiring the ability to read that script at high resolution could not have happened at a better time—just as huge pressure is being put on organisms to adapt to climate change. Theoretically, we can now study variability, the stuff of adaptation, by examining differences between DNA sequences of the individuals in a species. Simple!

Well, not really. It’s like trying to compare related books each of which is a string of letters not broken up into words; and the pages of each book have been ripped out and jumbled; what’s more, everything has to be pieced together from tiny fragments of about 100 to 300 characters each of which starts and finishes in a different place; and the vast majority of each letter string is gibberish, not meaningful; as if that wasn’t enough, the number of letters comprising each book is staggeringly large, hundreds of millions to many, many billions. (The human genome sequence, for instance, contains about three billion letters.)

“Being able to handle such big data sets,” says Hoffmann, “allows you to ask interesting biological questions that we’ve not asked before.” But researchers with great biological skills, he says, often lack the mathematical, coding and computer skills to do so.

That’s where Jessica comes in, and why she is held in such esteem by her colleagues. She is skilled at stitching together software that allows them to determine which parts of the sequence are of use to them, to work out how much trust they should put in the data, to find the right sequences to compare to each other, and to increase the level of detail available to them.

Moshe Jasper, for instance, is studying mountain pygmy possums. These small marsupials are stranded in small remnant populations on peaks in the Victorian Alps. Climate change is hitting them hard. They need all the genetic variability they can possibly draw on to survive warming and other stresses. But inbreeding, which removes genetic variation, is high, particularly in the population on Mt Buller. 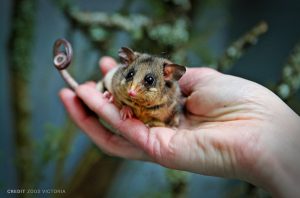 PEARG researchers and colleagues from La Trobe University, the University of New South Wales, ski resorts and other organisations are staging a ‘genetic rescue’ of the Mt Buller population. They have introduced males from Mt Hotham, a much healthier population that, although close by, has been separated from Mt Buller for 15,000 years. Jasper is examining the spread of the introduced Hotham genes through the Buller population. The genomic data comes from tissue samples of known individuals and their offspring.

“There are about 650 individuals and I’m looking for a couple of thousand variable sequences among several billion letters which I can match up and compare. That involves dozens of preparatory steps to sort out the data and align the genomes. There are at least six different bioinformatic programs I could use, but they don’t talk to one another very well.”

“I could spend three weeks trying to sort things out using help files on the web, or sit down with Jess and have a 30-minute conversation. She has a lot of experience and knows the important questions to ask about the data and what to look for. And she’s really good with coding any time you have to convert data from one format to another.”

Research fellow Tom Schmidt has been working closely with Jessica even since she arrived at PEARG in 2017. They started out on a biosecurity project using genomic data to identify the origin of invasive mosquitoes transported to Australia in ships and aircraft. Jessica organised the computer resources, setting up a new server for the group that is now used by about a dozen people, bringing together data from past projects which had been stored in several different places, tracking down and applying software to analyse it and fixing any problems that emerged.

The system now works so well, that mosquitoes intercepted at docks and airports are now routinely brought straight to PEARG and its industry partner, cesar to determine where they are from. “Jess’s work has been critical,” Tom says. “We have tight deadlines.” That’s because, depending on their origin, these insects can carry devastating diseases.

Tom and Jess have now moved on to examining pesticide resistance. They have zeroed in on the DNA sequences responsible, and are now examining the genetic regions nearby. They are trying to determine whether resistance to specific groups of pesticides spreads between separate mosquito populations or evolves independently in each one. “That’s important because countering resistance demands a different strategy depending on how it has arisen,” Tom says. What’s more, the techniques they have developed to study resistance in mosquitoes are transferable to other pests.

Jessica grew up in Melbourne’s eastern suburbs, and trained and picked up her skills entirely at the University of Melbourne. After studying sciences at high school, she enrolled in the Bachelor of Biomedicine because she was interested in medical research. But by her final year she found herself more intrigued by biological systems in general and the idea that big genomic data sets could be useful in exploring them. It was a short jump from there into the Masters of Science (Bioinformatics) run by Melbourne Bioinformatics for the Faculty of Science.

Now she is passing on what she learned and her subsequent experience by teaching and supervising students, as well as interacting with researchers. And at PEARG she has moved into pursuing her own research projects. “I am currently working on the genetic rescue of a population of eastern barred bandicoots, which is another exciting challenge.” 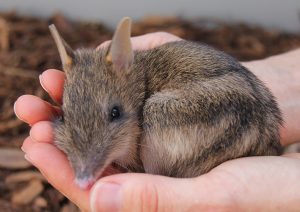